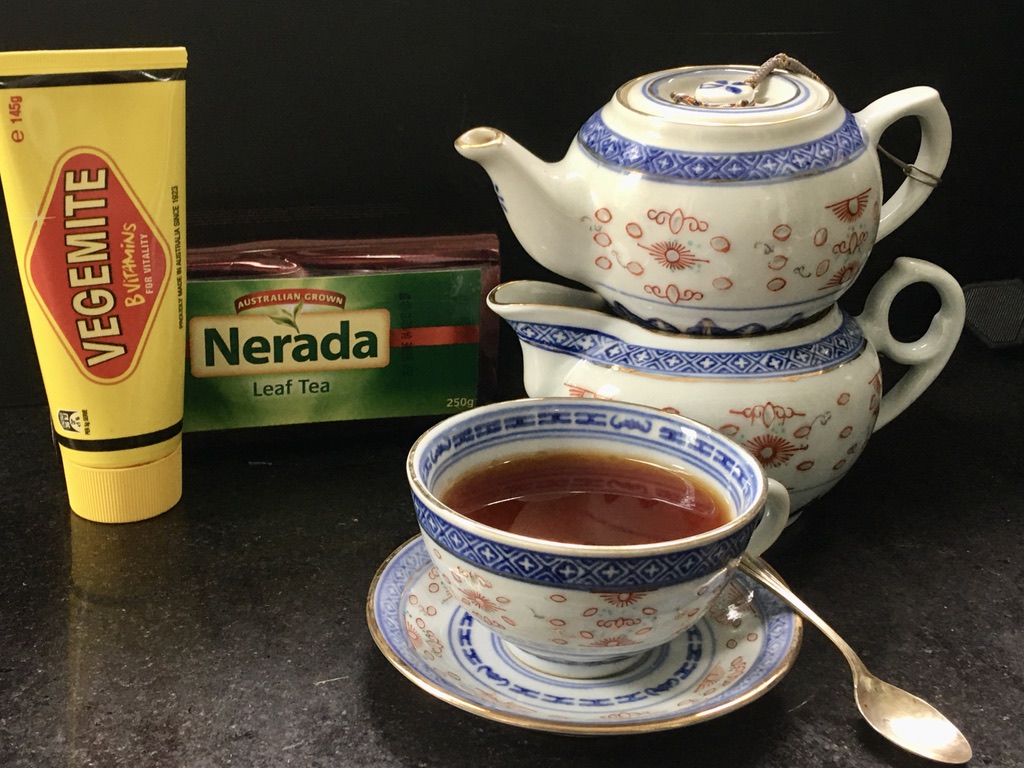 Salty Tea has been drunk by many people from different countries, for various reasons, and #Vegemite as a #Bovril/#Bonox beverage substitute has long been drunk in Australia.

Here, I combine Australian grown #Nerada Black Tea with Vegemite to produce a mildly flavoured black tea that has the Vegemite aromatics, and leaves a soft, lingering, salty finish.

1 tsp Nerada CTC Black Tea per cup, plus 1 tsp for the pot

Recommended: Whilst it is ok to put the Vegemite in the pot for a single serve, it is better to serve the Vegemite on the side, Russian Samovar Tea with Jam style, so drinkers can adjust the flavour to taste.

Additional Considerations: In the tradition of Himalayan, Central Asian, and Northern Steps Tea cultures, milk, butter, and/or puffed millet can also be added according to taste.

Just don’t use Nutella, that would be disgusting! 🤪🤪🤪🤪