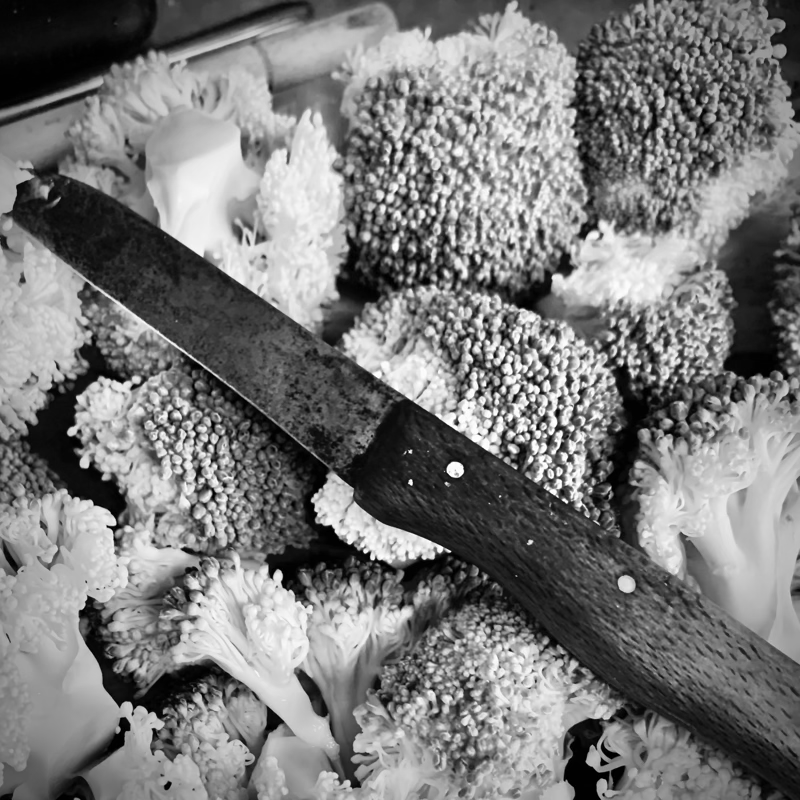 We are two days out from Qing Ming Festival – Tomb Sweeping Time, but will we be released on time? The numbers don’t look encouraging, and there could be the potential for a lot of angry ancestors, with dirty tomb, and respects not paid…

Today was a day of surprises: A food parcel from RT Mart, seafood, and… Broccoli 🥦 😍 😍 🥰

With increasingly more stringent restrictions, various organisations around mainland China are rallying to provide shipments of food to Shanghai. These shipments are distributed by the government to the most hit areas to ensure that residents, local and foreign alike, have sufficient food to feed themselves and their families.

The volunteers muster; There is not much to do; Slicing onions; Two sharp knives; Pork and Apple stew, I have no more freezer space;