I’ve been having a bit of a think about film, and the way I used to approach exposure. As a result I’ve come to realize that Digital has given us so many options that were not even available with film.

When I was a lad, the typical range of film that was available to me, ranged in ASA (now known as ISO) thus, 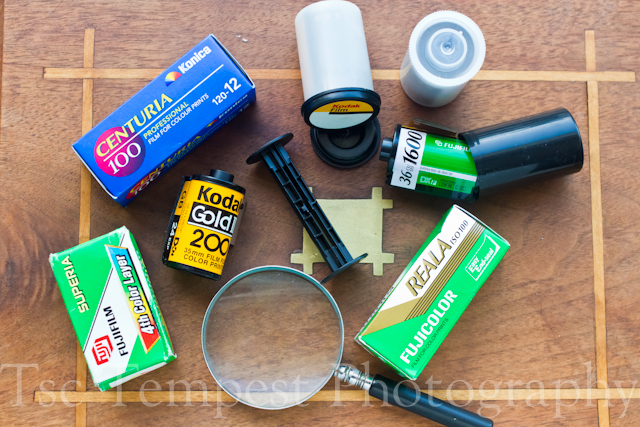 Much of the time, ASA 64 and ASA 1600 were waaay outside my budget so basically I had four choices of film speed, in either colour or black and white. A total of 8 film choices.

my camera was an Asahi-Pentax Spotmatic SP500 which ranged in shutter speed thus,

Lastly, the other options available for exposure control was aperture and this basically depended on the lens. My favorite lens was the Super Takumar 55mm f/2.0 lens which had a range of F-Stops thus,

A total of 23 possible exposure control choices for either, black & white or colour film.

The first choice I’d make, like any other photographer of the day was, “Black & White or Colour?” Next, I’d decide, “What ASA am I going to shoot at and do I want to Push it, Pull it, or use it as rated?” Having made these choices before even picking up the camera I’d then go to the pharmacy and buy my film, one roll, two rolls etc. if I hadn’t made the choice over the free roll of film, at the time when picking up my developed photos. Our pharmacy used to send the film to the Kodak Lab in Coburg for development.

From the Sunny Sixteen Rule, if I set my shutter speed for ASA100 to 1/125 sec and aperture to f/16 then, as the light faded off or tended to Patchy Cloud, Overcast, Rain, Night then all I had to do was Open Up the aperture, something like this:

So basically, all all these choices reduced down to evaluating the light and deciding change the aperture in line with the Exposure Table advisory, or change the shutter speed and adjust the aperture accordingly. i.e. Av mode (mentally) was the default shooting mode even though the camera was fully manual. Tv mode was a mental shift, in order to deal with fast moving subjects.

The only questions left to answer then were, “Is there enough light?” and, “Is this scene to troublesome to shoot?” All in all for most scenes I had 7 choices,plus the option to change speed if warranted. Almost all my attention was directed towards, Depth of Field issues. At the time, for me, film was that simple.

ISO, Aperture & Shutter Speed form the points of an Exposure Triangle and an in-depth understanding of their interelatedness is essential to just getting the that damned camera thingie to work. Added to this the camera’s exposure meter has four distinct exposure modes for determining exposure, unlike my old Pentax that only had a match needle exposure metering that relied on an “Average” metering method.

So, all these options, the choice to change aperture or shutter speed in 1/3 or 1/2 increments, ISO up the wazoo and four different ways of measuring light makes “Digital” conceptually, far more complex than film ever was.

So, these musing have got me thinking about how I might be able to decomplexify “Digital Photography” at least for me with regard to approaching the camera as a photographer that needs to use it as a creative tool.

One way to clear all the clutter is to minimize the options. With the Canon 7D, Exposure and ISO can be custom set. I’ve set this to Half Stop Increments for exposure and full increments for ISO as well as disable ISO expansion. Next was to set the high ISO in-camera noise reduction to strong, and the long exposure noise reduction also to On. The idea here is to get the best possible exposed image in the camera before going to post-production/digital development.

Hopefully, this will force me to think more carefully and deliberately about exposure and  how I use a camera.